Home automation is becoming increasingly popular as families wish to make their lives easier with the help of technological innovation. But how exactly does home automation work? And how do your smart devices communicate with each other? The answer is Z-Wave.

Z-Wave is a wireless communication technology that was originally designed to connect lights. It was founded by Danish company Zensys in 1999 (hence the “Z”) and has evolved with time alongside the innovation and increase in popularity of home automation. Z-Wave is now used to wirelessly connect smart home devices, including lights, sensors, locks, alarms, plugs, small appliances, thermostats and many more. Many popular technology and security companies manufacture and use devices that equip and are interoperable with Z-Wave.

Z-Wave operates similarly to the well-known technologies Bluetooth and Wi-Fi. All of these technologies use radio waves to connect devices. However, while Bluetooth is really only used to connect headsets to devices over short distances for audio transmission, and Wi-Fi is used specifically to connect devices to the internet, Z-Wave instead uses extremely low powered waves to connect devices together. These low power waves then create a mesh network between all of a home’s smart devices. A mesh network refers to a group of devices that receive and spread a signal equally until the signal ultimately gets to where it needs to go. Some Wi-Fi networks also employ mesh technology. Z-Wave devices acting as a mesh network is central to home automation. For example, when you input a command to change the color of your lightbulb, you may not be directly near your selected lightbulb at that moment. The signal will hit the nearest Z-Wave device and travel through the mesh network until it reaches your lightbulb. Of course, the time that this takes is incredibly minimal, but a delay can be noticeable.

Z-wave compatible devices are connected and on a frequency that is dedicated to your home automation system, never interfering with your Wi-Fi network. For example, an ADT Smart Home security system employs Z-Wave in its devices. This means that your entire slate of home automation devices with ADT are connected, allowing you to control everything in one place. Your Wi-Fi and Z-Wave then work side by side to automate your home and connect it to the internet.

What Is Z-Wave Plus?

Z-Wave Plus refers to the latest iteration of Z-Wave. The implementation of the technology is still the same – but with Z-Wave Plus, smart home devices are connected with Z-Wave Plus instead of Z-Wave. The main difference between the original Z-Wave and Z-Wave Plus is the latter’s increased range and number of devices that can be connected on one network. Z-Wave Plus devices also have a longer battery life. For essentially every smart home, neither of these improvements makes a drastic difference, as Z-Wave can connect up to 232 devices, and it’s highly doubtful your home will exceed 232 smart devices. However, most Z-Wave smart devices are now enabled with Z-Wave Plus as it has been around for years and is the new standard.

Differences Between Z-Wave, Bluetooth and Wi-Fi

Z-Wave, Bluetooth and Wi-Fi all use wireless radio wave signals to accomplish different tasks. Wi-Fi connectivity allows wireless devices to connect to the internet through the use of a router. Bluetooth technology allows for short range, point to point wireless connection, most often associated with connecting wireless headsets or headphones with mobile phones or other similar devices. Z-Wave is used to connect smart home devices together by creating a mesh network that operates on low power.

Wi-Fi signals are carried in the frequency range between 2.4 GHz and 5 GHz. Wi-Fi sends data-intensive signals, very much more so than the low power usage of Z-Wave and Bluetooth. Z-Wave operates at a frequency of about 908.4 MHz in the United States, while Bluetooth’s frequency is at 2.4 GHz. 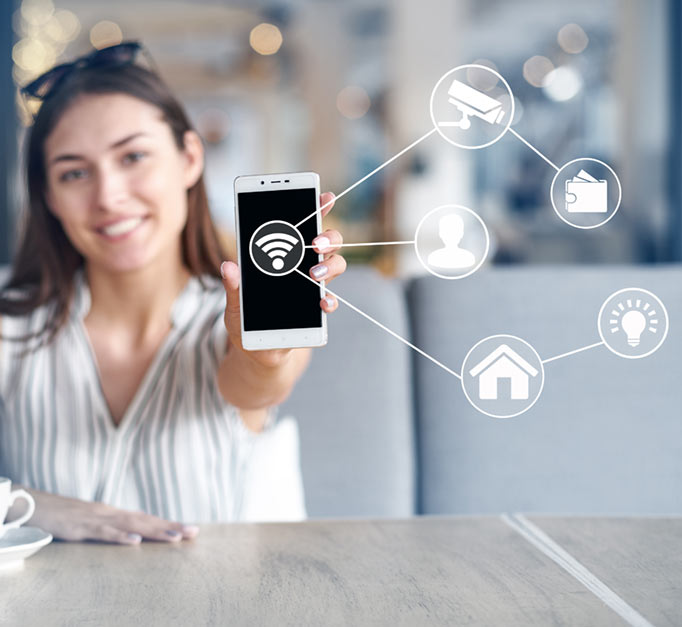 Bluetooth and Wi-Fi operating at the same frequency can mean interference issues, but most modern devices should have no problems handling both kinds of signals. 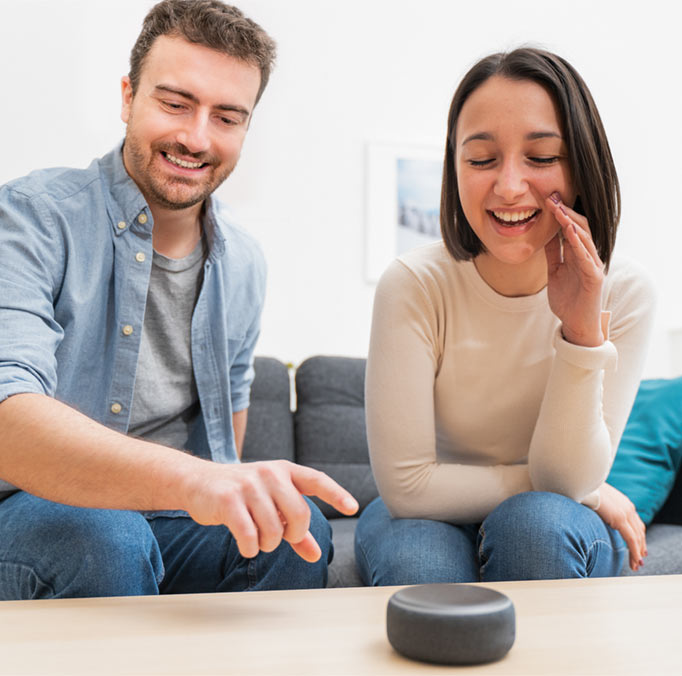 What Devices Use Z-Wave?

Z-Wave communication technology is used in home automation devices. There are thousands of devices in the home automation market that make use of Z-Wave, allowing them to be interoperable with many different types of products. There are smart locks, sensors, lightbulbs, smart thermostats, smart hubs and more. Many leading security systems, like ADT, Frontpoint and Vivint, use Z-Wave products as part of their smart home security systems. This allows every smart device in your home to be connected.

If you are interested in building your own DIY smart home, be sure that any products you choose have the Z-Wave logo on them. If you mix and match correctly, your entire home can be automated through the use of one single app controlled by a central smart hub. As long as your devices all use Z-Wave, you can add just about anything to your customized smart home.

Why Is Z-Wave So Important?

Many leading brands and companies are Z-Wave compliant, meaning thousands of smart products on the market use Z-Wave. If you are looking to automate your home, and in turn make your home more secure and ready for any future technological innovations, creating a Z-Wave network of devices is a great solution. If you go the DIY route, you can choose to build your smart home any way you please. For example, if you want just a smart thermostat and a hub to control it, that’s all you need.

If you want to go all out and give each room a color-changing Phillips Hue lightbulb with Z-Wave compliant music speakers to create unique atmospheres, along with smart locks and sensors to bolster security, then go for it. When it comes to home automation, the customization possibilities are seemingly endless.

Many popular security system companies use Z-Wave technology to build smart home solutions for customers. Z-Wave devices are incredibly secure and reliable as they operate on low power, meaning your devices should be always up and running. Many Z-Wave device batteries even last years.

Does Z-Wave use radio waves?

Yes, Z-Wave uses radio waves, just like Wi-Fi and Bluetooth. Each of these technologies uses a specific frequency of radio waves to accomplish different tasks.

What is home automation?

Home automation refers to using devices in your home to automate tasks and create a more customized environment with the use of a device. For example, an automated home could use a smart thermostat to adjust the temperature to a certain degree during the hours you are at work, and when you come home, your smart lights automatically turn on for you and the thermostat readjusts to your at-home preference. Simply put, home automation customizes your home by using technology to make your life easier.

How do I know if a device uses Z-Wave?

Luckily, Z-Wave compliant devices have the Z-Wave logo right on them. If you are setting up a DIY smart home system, be sure to look out for that. Many smart security systems supply you with Z-Wave devices, such as ADT, Vivint and Frontpoint.

Smart devices that are Z-Wave compliant form a mesh network in your home. These devices are all added one time to the network manually, but are then automatically part of the network. When a Z-Wave signal is sent out, the nearest Z-Wave device takes the signal and reroutes it to the direction of its final destination. It travels from device to device until it reaches its ultimate destination. If the final device is far away, a slight delay can be noticeable. For example, if you are in your attic but want to turn on your smart lightbulb in your garage, the Z-Wave signal will travel from smart device to smart device through your home until it gets to the garage. This means that the more Z-Wave devices you have, the stronger your whole mesh network is, because the signals can take faster routes to the intended device. 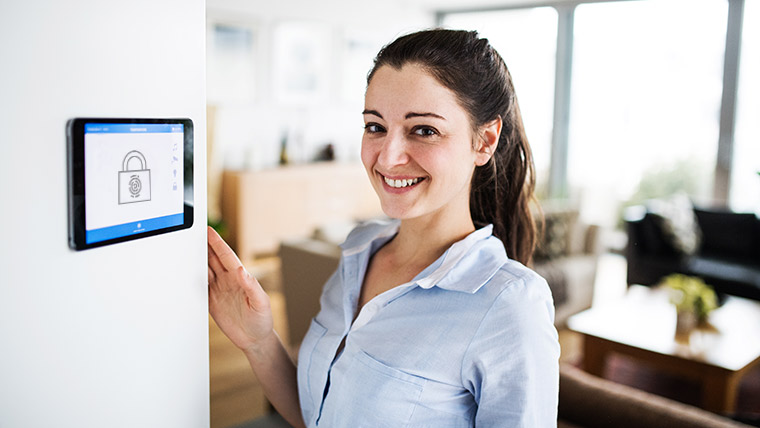 Choosing the right home security system is a big decision, rightfully so. How do you know what to pick? 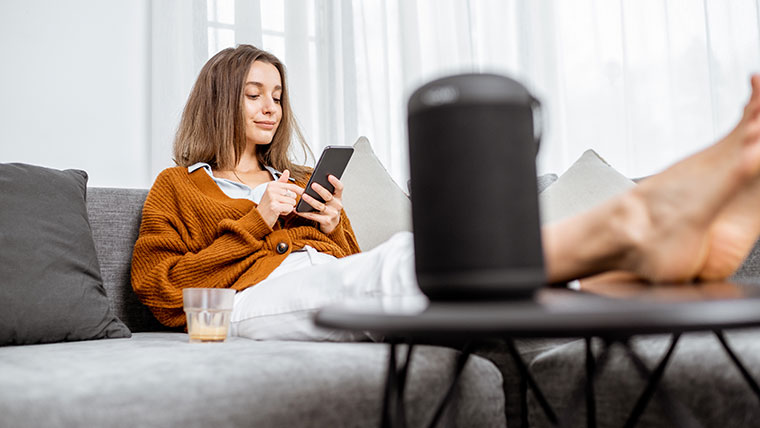 What Is Mesh Wi-Fi?

Mesh Wi-Fi uses multiple access points, or nodes, evenly distributed throughout a space to maximize Wi-Fi coverage. But how exactly does mesh Wi-Fi work, and is it a good fit for your home? 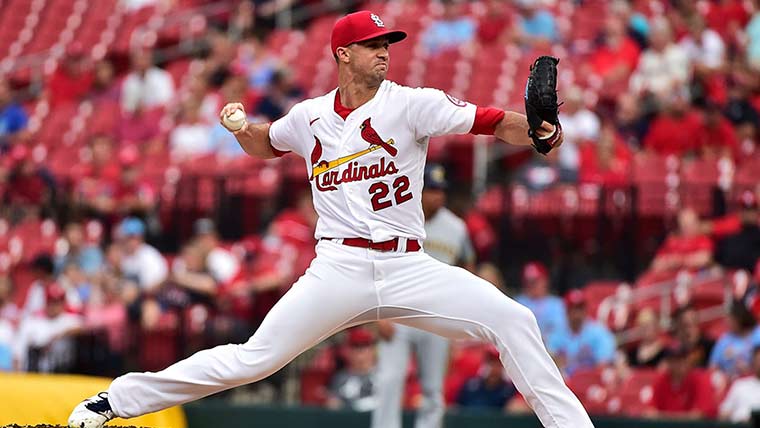 How to Watch St. Louis Cardinals Baseball in 2022

St. Louis Cardinals fans love baseball. Read this to be informed on all your Cardinals viewing options in 2022.